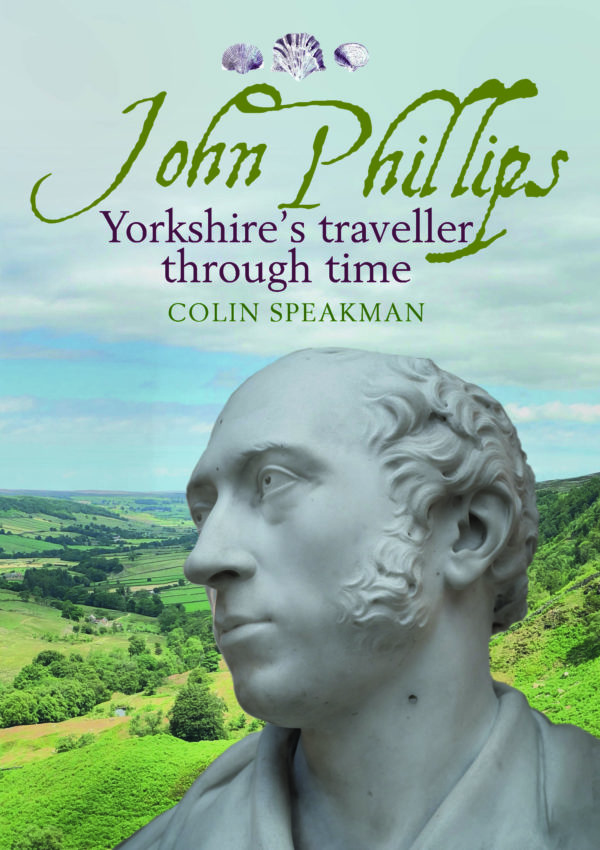 John Phillips (1800-1874) came to Yorkshire in 1819 as a penniless teenager supporting his uncle, the great cartographer William Smith. A great walker, Phillips was eventually to become a brilliant geologist in his own right, the first to produce detailed and accurate descriptions of the Yorkshire Coast and to describe the great limestone formations of the Yorkshire Dales. As Secretary to the newly formed Yorkshire Philosophical Society in York, Phillips became a celebrated lecturer, a scientific polymath who helped found the British Association for the Advancement of Science in York, and eventually one of the world’s greatest palaeontologists who helped create our modern understanding of Deep Time. He was appointed a Professor at London, Dublin and Oxford Universities, but still had time to publish one of the best Victorian guides to Yorkshire’s finest landscape and perhaps the world’s first ever railway tourist guidebook.
Colin Speakman’s book is fully illustrated and is published in partnership with the Yorkshire Geological Society and the Yorkshire Philosophical Society.